What I love about being a freelance illustrator, is that you never know what type of project is coming your way when you pick up the phone. Sometimes you get a great project to work on with a great creative team.

Contacted by an ad agency from Seattle, the art director (Kristi Flango) laid it on me: we’d like you to paint “invisible people” for a series of posters for the Secret Sherry Society. What a cool concept and the illustrations were going to be fun to do: no matter what!

The idea was to depict fictitious quirky Secret Sherry Society members while keeping their anonymity; identifying them only with their clothing in a fun way: at first glance they appear normal with a few funky elements.

Here is the country gentleman!

As always, I do not spend too much time on the sketch: it’s for client’s approval. The energy is spent of the execution. 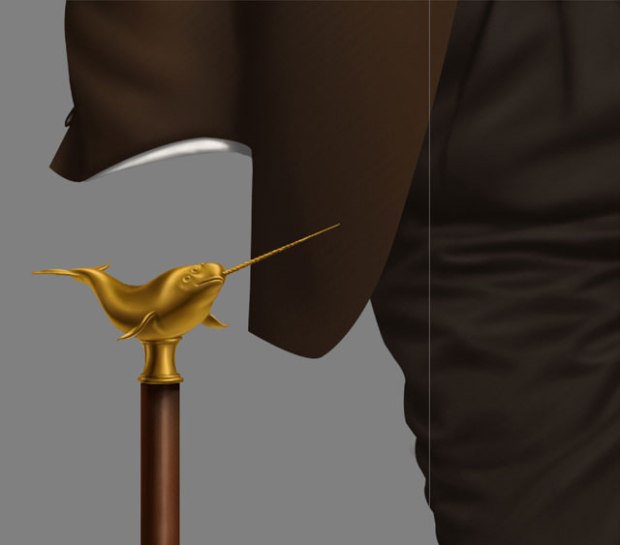 Here are some close up of details of the completed illustration. Adding a sherry glass, wallpaper patterns in the background, textures for the tweed cap and jacket. I wanted to add a monocle: the client did not agree: too bad: I think it would have made the illustration a bit more complete as a concept: win some, loose some.

As a final touch: for the pocket watch chain with fob: as an added detail for the fob: I incorporated the 3 “s” of the Secret Sherry Society as an engraving.